Blog > 5 myths that can slow down your Dutch

5 myths that can slow down your Dutch

Have you ever been trying to speak much better Dutch and have you noticed that somehow it is not easy to bring your Dutch to a whole new level? Then chances are high that you believe in one of certain language myths that can slow your down Dutch, or even worse, even stop it :(<br... 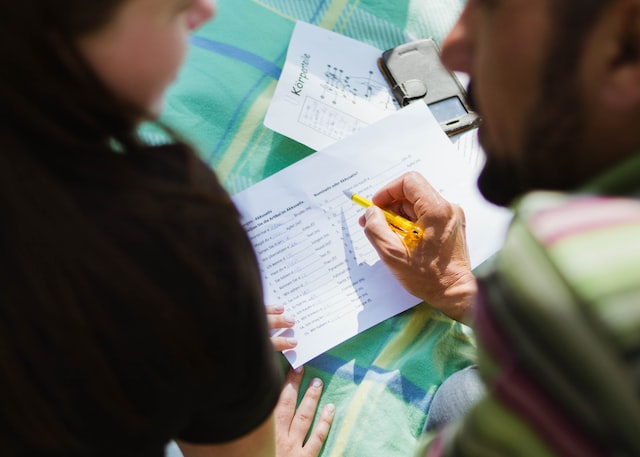 Blog: 5 myths that can slow down your Dutch

Hallo! I am Albert Both and many people also know me as Mr. Dutch Brainwash. It might be useful for you to reveal something about my background, so here it is 🙂 It all started in 2003 with a bike, a laptop and some ideas. I had just quit my job and I was feeling excited about a new plan. I wanted to teach languages in a whole different way and I wanted to create my own language course!

So, this is exactly what I did… I had an idea and was sticking to the plan for 20 years. Now the result is a 7 day course called the Dutch Brainwash, which is a unique combination of NLP, Accelerated Learning, coaching techniques, stand up comedy and all the experience that I gained and all the things that I learned during all these years… Something that could also be important to mention is that everything I do and teach is also fun driven J

Something that my students have discovered during all these years again and again is that when you discover how Dutch really works and if you use some simple techniques and insights, you can speak more Dutch than you could ever imagine. Just make sure that you open your mind!

If you like to know more about the specific method of everything that I do, then you can grab 2 FREE eBooks. Why You Hate Learning Dutch & & Secrets To Change it (www.talencoach.nl) and Don’t Worry Speak Dutch – 3 Steps To Dutch Flow (www.dutchflownow.nl)

5 myths that can slow down your Dutch

Have you ever been trying to speak much better Dutch and have you noticed that somehow it is not easy to bring your Dutch to a whole new level? Then chances are high that you believe in one of certain language myths that can slow your down Dutch, or even worse, even stop it :(

When most people think of the difficulty of speaking Dutch, then they often think of complex things such as grammar… However, quite often there are some simple thoughts that can ruin everything… The good news is, that once you become aware of these thoughts or maybe even beliefs, then you can change it for the better…

1 Dutch is a very difficult language

Dutch people love to tell you again that Dutch is one of the most difficult languages on this planet. So why should you not believe them? Well… if you look at science, then you’ll quickly find out that the opposite is true…

Dutch is as a matter of fact like a brother or sister of English… It is one of the closest languages. Here are a couple of examples: ik drink wijn = I drink wine & ik slaap in bed = I sleep in bed

These Dutch sentences are not that hard, right? Once again, Dutch has a lot in common with English!

Although Dutch people do not like to admit it, Dutch is even closer to German. Many people love to see German as a very well structured language with logical and clear rules. Well… guess what? Dutch is even easier… if you like you could call Dutch light…

At the same time, one thing is also true. If you do not know how Dutch really works, you can struggle with it for ever….

2 Full Dutch immersion will do the trick

This is a persistent myth that many Dutch people believe, including teachers! Although the thought looks very reasonable, it is actually quite ignorant and silly… The idea is that if you only hear Dutch and if you are forced to only speak Dutch, you’ll learn Dutch automatically. Unfortunately this is not true.

It is very simple. You cannot really learn things that you don’t understand. If things do not make sense to you, you’ll not be able to pick it up. Therefore if your teacher is only speaking Dutch to you, chances are high that you’ll only feel frustrated.

To make it even worse, many teachers also explain grammar in Dutch and they talk about things that even Dutch people would not understand. Samengestelde zin, nevenschikkende voegwoorden? If you say these words to Dutch people, then they would have the same reaction as you… Most of them would stare to you like a deer in the headlights…

So, if you hear Dutch and it does not make sense, don’t worry. All you need to do is to change your approach….

3 English stands is the way of speaking Dutch

Sure… Dutch is different from English and one big problem is that many Dutch people switch automatically to English, certainly when you have an English accent. No wonder that it is easy to believe that once you speak English you cannot speak Dutch anymore…

Luckily this is not true at all. English is actually a great help. There are just a couple of things that you need to realize. If you only speak English, then it is important to know that the first foreign language that you learn is always a challenge. Then, if you learn a second or a third language, then it will always be easier…

The same thing would be true for working with a computer for example. If Word is the first program that you need to learn, then it may be a big challenge. But then, if you switch over to XL then somehow it will be easier, although this second program is also different!

When you speak another language than English, then congratulation! You are in a very good place now. It means that you have already taken the challenge of learning a first foreign language and now comes the good news… If you know other languages, then they will help you to learn Dutch a lot faster. This is certainly true for German and also French and Spanish are a great help.

The good thing is that even languages like Turkish, Polish and Russian can be extremely useful. If you speak more than one language, you’ll have an advantage, when you know how to use it :)

Many people believe that if you pass an exam it automatically means that you can also speak it. Unfortunately this is not true.

Passing an exam and speaking a language are two different things. That is why it is not a good idea to focus on more diplomas or certificates if you like to idea of becoming more fluent…

Speaking Dutch for real requires a different strategy that focuses – surprise surprise – on speaking… There are many little tricks that you can use that quickly enhance speaking.. The most important thing is that you start speaking Dutch and that you like to play and experiment!

What is the first thing that you’ll hear when attend a language course? Chances are high that they will overload you with a load of homework..

However, contrary to what you may think, speaking a new language is not so much about harsh memorization and studying is solitude… Far more important is that you start to understand how Dutch really works and that you really start using your Dutch in real life. Instead of harsh study it is more about living your Dutch life to the fullest!

Just a question… which myth would make most sense to you? Do you still like to believe that it is true or would you be open to the option that something else might be true as well? If you like to explore more, then you can download my free eBook Don’t Worry Speak Dutch – 3 Steps To Dutch Flow at www.dutchflownow.nl where you can discover much more!